Note:
Since January, 2007, Morinosuke Kawaguchi has been writing a column for the Nikkei BP website, titled Morinosuke Kawaguchi’s Nipponteki Monozukuri no Kigen, meaning Morinosuke Kawaguchi’s Japanese Monozukuri’s Origins. Monozukuri means making things with great skill and precision and artistic sense.
This incredibly popular series of articles in Japanese often get 100,000 views a day. But since many people can’t read Japanese, here we would like to share the articles with you, in English.
To our luck, we are blessed with a fantastic translator, Tom Roseveare. Thanks to Tom, we are able to share the ideas with you. Please follow our great translator’s work below and also on his Twitter account. Thanks, Tom!

The Essence of “Cool Japan”

Following Honda’s research into the “face” of improved road safety, let’s explore product design more widely. Like the safety-improving front lights that mimic the eye, personification is a source of pride for Japan so we will explore the origins for this trend. Continuing with road safety, did the advent of the scary, fearsome face herald a new era of two-wheeled aggression? Did the highway become an intimidating, stark environment?

After 9/11, American motorbikes with intimidating designs sold well. Raphael Crotel, psychologist and marketing consultant at Daimler Chrysler, explained how demand rose for rugged, “Survivor”-style vehicles. The most symbolic development, the Dodge SUV, Durango, featured an accentuated front wing design, resembling the stocky, macho build and jawline of a predatory beast. Not only does the Durango reinforce the driver’s survival instinct, sheer intimidation communicates its likely superior outcome in a hypothetical collision. 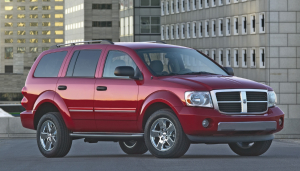 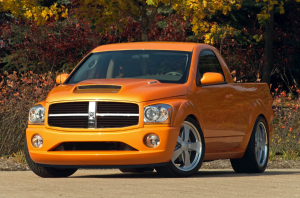 Even the calmest of drivers have been enraged by road situations and could not say they have never felt aggression. This trait is a part of life. How about the flood of argumentative commentary on a blog post or forum? Whatever the means, mankind’s interconnectedness and how we manage our influence on others are the reasons. Honda’s researchers were aware of this. Even for the intimidating bike with improved visibility, a driver can react, feel antagonised and be provoked to respond aggressively to the extent that accidents would conversely increase.

Given their speed and lack of protection, motorbike riders are obviously vulnerable. In a collision with a car, they would be worse off. Given the development of more intimidating SUVs, does the impact of Honda’s face help guarantee a rider’s safety or not? Does the feigning weaker rider, cause the stronger driver to take care or just invite tension?
One of Honda’s researchers, Koichi Maruyama, claims the reverse trend is preferable: “Like a truck, strong vehicles with more gentle traits and characteristics are almost certainly more desirable”. In any collision, the likely winner will be the most intimidating, the smaller loser will instead resort to assert itself creatively. If we consider harmonised traffic in comparison to nature, we commonly see large, strong animals with calm figures, alongside smaller creatures with unique markings and warning signs. Evolution has proven this approach to survival.
“Complete harmony” can be thought of as the equilibrium for the peaceful co-existence of different species. If we can apply this to traffic harmonisation, the relative prosperity of Japanese people, not to mention all road users (drivers, passengers, cyclists and pedestrians), can be improved.
Let’s explore the ways we self-assert our physical presence without alienating those around us. Full consideration of the interaction between ourselves, each other and our surroundings can lead to the development of improved interfaces and better harmony. We should widen our consideration of personification of emotions beyond just fear. Consider the smiling, happy face of a baby. An emotional ploy or not, adults fall for the irresistible cuteness and charm every time. Such “baby schema” were discovered in 1973 by Konrad Lorenz, Nobel Prize winner in Physiology or Medicine.

Honda researchers knew about this phenomenon. Whether we are talking about babies, kittens or puppies, these schema work to create an irresistible impulse to adults that could be applied to product design. Creating a first impression that effortlessly draws in the consumer is an important design consideration. In Tokyo, cute childlike characters and mascots adorn the streets waiting to catch your attention. Round faces, large eyes and cute features are fundamental design rules here. Adopted by young, trendy Japanese people, “kawaii” culture is now a global movement, far more popular than could be predicted from its Shibuya and Harajuku origins. 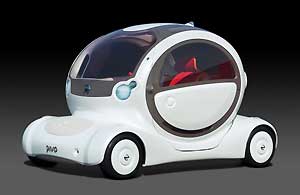 We have entered an age where supermodels and celebrities wear Hello Kitty (“Kitty-chan”). Despite originally being a low-valued brand and accessory for young girls, it has recently come of age, perhaps along with its core audience. Whilst the modern brand is still quintessentially youth-oriented and feminine, the modern Hello Kitty possesses adult traits and association.
Nissan’s 2005 Pivo was developed around cute aesthetics, squarely aimed at the young, urban woman. Nissan’s design lead, Shiro Nakamura, originally announced, “The world has called on us to develop the cute aesthetic. Nissan’s March also evolved to be cuter and cuter, and our competitors’ followed.” Both BMW’s Mini Cooper and Mercedes Benz’s Smart Fortwo came to be known as cute cars for urban citizens. Witnessing this trend, the Japan car industry knows it should be dominating this space.
Honda’s Civic CVCC launched in 1973 as the first international car to clear America’s Clean Air Act. The CVCC (Compound Vortex Controlled Combustion) certainly shocked the industry at the time, proving to be the masterpiece to resurrect Honda’s ailing four-wheeled business.
Toyota’s Prius launched in 1997. Despite being the first hybrid vehicle to reach the marketplace and becoming the industry’s flagship hi-tech environmental car, it was also really rather cute. 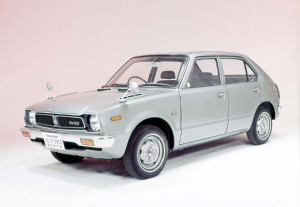 Given the rising elegance of the European car market and the growing macho design of the American car market, Japan needed to exploit the “complete harmony” concept through consistently cutifying its designs and features. The idea of baby schemas can definitely positively influence Japan’s manufacturing output. I’m sure today’s Shibuya girls would agree the original Civic was overtly cute for its time.

Walking through Tokyo’s Shibuya and Harajuku, the global mecca for cute culture, the streets overflow with cute characters. Yet we have already arrived at a stage where cute culture has spread around the world, as cute aesthetics are weaved into manufacturing at every opportunity.
Through Honda’s research into traffic harmonisation and f-MRI analysis, I will analyse Japanese manufacturing to see the influence and potential of such trends as “personification” and “complete harmonisation”.